In year 4, we have been learning about the Anglo-Saxons and the importance of the Sutton Hoo Burial.

Throughout Autumn term 1, Tull class have been learning about the Anglo-Saxons.

We started off learning about where they came from, why they came to Britain and what they did.

To conclude the topic, we learnt about how we know so much about the Anglo-Saxons.

Children were introduced to the Sutton Hoo Burial, which is where archaeologists believe King Raedwald was buried with rich goods.

Children looked at a variety of pictures of artefacts from the burial and examined what they were used for and why. For example, the silver from the Mediterranean and the gametes from India showed how important and rich King Raedwald was.

We continued to learn about the importance and significance of the Sutton Hoo Burial and how it changed how historians thought about Anglo-Saxons. This linked with our history vision of:

Be inspired. Be academic. Be reasoned.

As well as looking at what was in the burial, we made links with geography by looking at maps of where the burial was and how the name 'Sutton' meant it was a local Saxon Village.

Have a look at some of our work and what we found out, especially the importance of how Anglo-Saxons gave us place name endings: 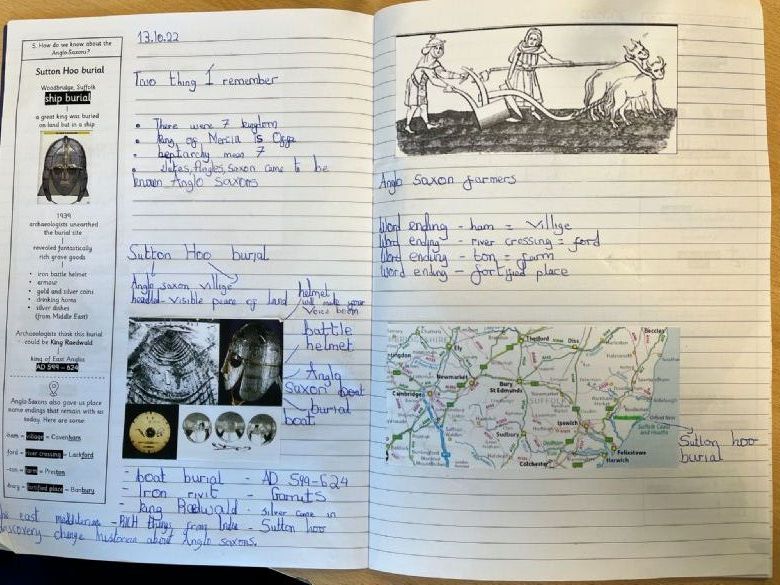 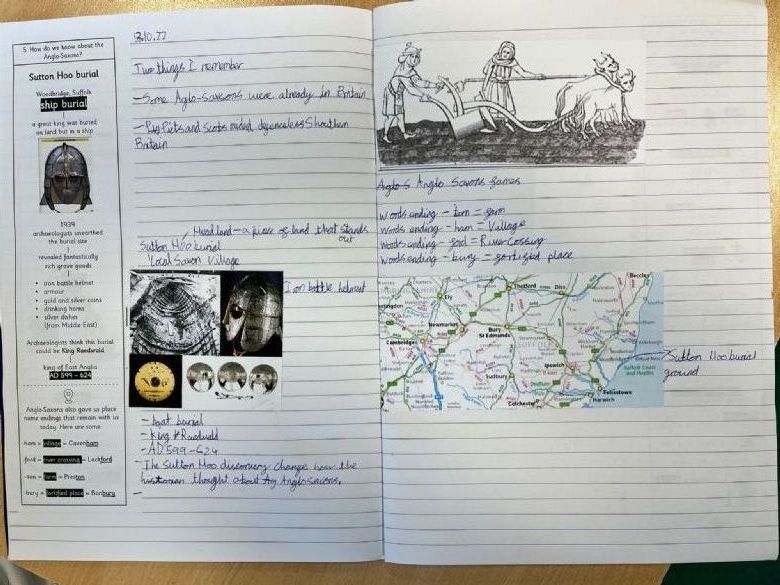 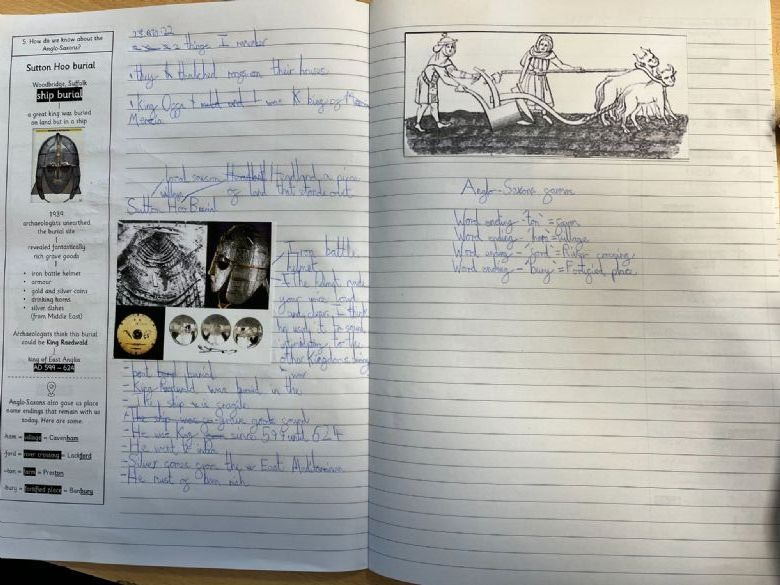